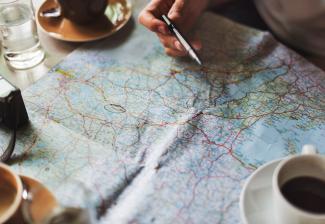 The Dow closed the month of March at 25,929 for a flat monthly return of 13 points or 0%.  The gains earned in the first two months of 2019 were maintained but the month of March witnessed a sideways action in the stock market.  Central bankers have eased their collective interest rate stance to be more accommodative.  Interest rates on short and long term bonds have fallen as a result of this change.  Lower interest rates stimulate the economy and make stocks more attractive.

•    Discover Financial Services is beginning to use artificial intelligence to approve unsecured consumer loans.  The company has been tightening its lending standards but is still experiencing a high level of bad debts.  If you shop at the dollar stores and you pay your utility bills on time, you will improve your odds of getting one of these loans.

•    Government deficits continue to grow in the U.S.   On a trailing one year basis, the government spending shortfall was $913 billion dollars.  Government receipts have declined due to the large tax cuts last year and spending went up on the military and interest expense on the growing debt.  As a nation, we cannot continue down this road or we are going to leave our children with a financial mess and a weakened country.

•    British lawmakers continue to argue over the terms of the Brexit deal.  The March deadline has come and gone and there is still broad disagreement with how Britain should proceed.  If it turns out to be clumsy, sharp break in trade, the impact to the British economy is likely to be substantial.

•    Marriott plans on adding 1700 new hotels over the next three years.  With the proliferation of Homeaway and Air B&B also adding 1000’s of rooms and homes to the available room market, we might be headed for a glut.  Good news for travelers looking for a good deal.

•    Levi Strauss, the company that started making “waist overalls” during the Gold Rush, went public during the month giving fans, customers and investors the chance to own the company that makes the jeans they have been wearing most of their lives.