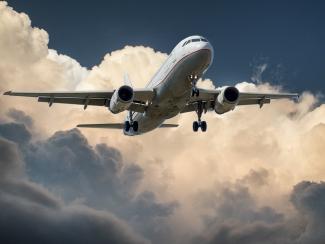 The Dow closed the month of June at 34,502 for a loss of 27 points or basically a flat month. The economy is expanding at a rapid rate and staffing all of the new business is a challenge in many industries.  Oil prices are on the rise and CPI inflation in May came in at 5%, a number we have not seen in over a decade.  Interest rates have been volatile and are sending mixed messages to the equity markets.  Sector leadership in the market is transitory.  The markets are currently suffering with indigestion.  It will pass and a new trend will emerge.

•               The meme stocks (stocks bought or sold by large groups communicating on the internet) are back in action with AMC theaters being a big beneficiary.  The stock is up over 2000% in the last year despite the fact that all of their theaters were closed and they were on the brink of bankruptcy.  The company decided to take advantage of their new found popularity with retail investors and announced they were going to issue more stock (which gives them over a billion dollars they do not need to pay back).  In a legal disclosure the company included a statement in their stock offering warning investors that they might lose all of their money.  It reminds me of the dot com euphoria in the late 90’s.  That did not end too well for the investors.

•               America’s new factory center is the Southwest.  Arizona, New Mexico, Oklahoma and Texas are dominating the U.S. when it comes to opening new factories.  Open land and tax breaks are helping the area win out over traditional factory states in the Midwest and the Southeast.

•               Canada’s TC Energy scrapped plans to build the Keystone XL pipeline which has been in litigation for years.  The pipeline was designed to bring crude down to the U.S. from Alberta.  Environmentalists, politicians and local groups all protested the project and with the current push to alternative energy the company decided to take the hit and write off the project.

•               Half of all homebuyers using a mortgage put down 20% and a quarter of all homebuyers paid cash in April.  This is knocking out the first time buyer trying to buy a home with 5% down.  Paying over asking price is customary in many markets and homes go under agreement in a few days or weeks.  If you are a seller with somewhere else to move to, this is a great time to sell your home.

•               Air travel is having a bumpy ride getting back up to capacity.  Southwest and American both had to cancel flights due to staffing problems.  Hiring all workers laid off during the pandemic takes time and bad weather across the South has aggravated the return to normal air travel.  Also, many airline employees have to maintain their skills and certifications with continuing education that was put off during the virus shutdown.