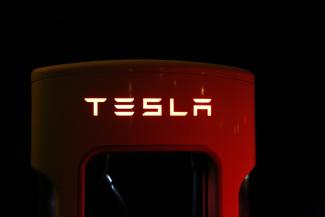 The Dow closed the month of January at 35,132 for a drop of -1,206 points or -3.3%.  January was a rough month for stocks with the NASDAQ crossing into correction territory (down more than -10%).  NASDAQ is home to many of the tech stocks that have been flying the last two years.  The S&P 500 fell -5.3% during the month and the rare sector that managed to stay positive is energy.  With oil at $85/barrel, energy companies are gushing profits.  Meanwhile, the Federal Reserve is accelerating their plans to raise interest rates and shrink their balance sheet which is tool they use to tighten the money supply.  The goal is to rein in inflation without tanking the economy.  The good news in January was that the omicron variant is peaking and will likely drop as we move into spring. This should help to alleviate problems with the supply chain as employees will not be required to quarantine and leave the workforce every time there is an outbreak.

•               Tesla sold 936,000 electric vehicles in 2021, an 87% increase over the prior year.  Despite semiconductor chip shortages throughout the auto industry, Tesla was able to ramp up production.  Almost half of the cars produced were made in China.

•               The soda business will soon offer “hard soda” or various brands with a alcohol mix.  Coca-Cola has a deal with Constellation Brands to distribute a canned Fresca cocktail.  Coca-Cola market research indicates half of the Fresca sold is used as a mixer with some type of liquor.  PepsiCo has an agreement with Boston Beer to develop an alcoholic version of Mountain Dew.  Next will be a screwdriver Tropicana to start your day.

•               Crude oil hit $85/barrel reaching the highest level since 2014.  Oil has definitely been volatile during the past two years.  During the first few months of Covid, the price of oil in the futures market actually went negative meaning you could not give oil away for free (there was no place left for storage).

•               Kohl’s might get sold in the near future as several private equity investors are either making bids or doing due diligence. The purchase price is expected to exceed $9 billion.  Kohl’s has over 1,000 stores in the U.S.