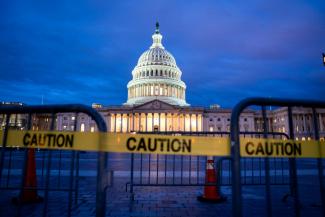 The Dow closed the month of January at 24,999 with a large gain of 1,672 points or 7.2%.  The recovery in stock prices went a long way in repairing the damage done by the -2,200 point loss sustained in December.  The market drove higher in a consistently measured rally without the big dips that were present in the fourth quarter of 2018.  The trade war continues to drag on and remains an overhang on the market.  The government shutdown was also in play during the month.  Although the deferred wages do not present a big problem for the economy, the psychological impact of a dysfunctional government weighs on consumer and business confidence.  Hopefully, they will avoid another round and reach some sort of compromise.