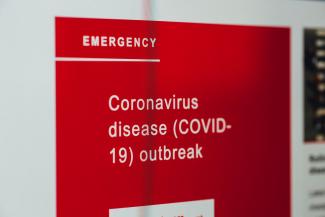 “Unprecedented” is one of the most common adjectives used to describe what transpired in the first quarter of 2020. The COVID-19 pandemic has brought global economic activity to a grinding halt. Market pundits have made parallels to the “Great Recession” of 2008, and also to the depression era of the 1930s. Stocks have responded to the extreme uncertainty accordingly, and bonds while lending portfolio support, were also under pressure. All assets, no matter how safe, declined during a period of time in March as there was a lack of buyers until the Federal Reserve increased its monetary support and started buying massive amounts of bonds, in the amount of $1.5 Trillion in just a 3-week period in March.

Economically, the questions remain, including how quickly can things bounce back once we have turned the corner, and when will that happen? And probably the biggest question within the U.S.: how will our lifestyles and daily habits change when the all-clear signal is waved? Normalcy won’t likely return until everyone has received a vaccine, and even then new habits will have formed. We are now in the midst of a recession that spans the globe. However, past history tells us that the stock and bond markets will have bottomed and sharply recovered well before the economy improves. In fact, the stock market hit a near-term low on Monday, March 23rd and ended the quarter with a strong bounce off of the low (which has continued into April as we write this).

We do not think the comparisons to previous extreme bear markets are the most appropriate, as this time the U.S. banks and the financial system is in great shape. Banks will be part of the solution as they will be instrumental in the government’s program to backstop employers and employees while the “social distancing” mandate curtails normal day-to-day activities, and governments around the world have been quick to lend financial support. However, this is not to downplay the fact that there will be a significant number of bankruptcies, and unemployment will at least temporarily skyrocket. This downturn was not the result of excess, but rather a government directive to shut down the economy temporarily. Some have referred to it as a medically induced coma on the U.S. and most of the global economy. What has been new in this crisis is the speed at which information and pricing have been discounted into the market. It was the fastest bear market decline in U.S. history taking only 22 days, beating the previous record of 55 days set in 1987. We had eight consecutive days when the stock market either rose or declined by over 4%. We had the largest one-day stock market gain since 1933...and the second-largest one-day drop ever.

The Fiscal stimulus (spending via Congress) and Monetary stimulus (actions by the Federal Reserve) responses have been dramatic in the size and also the speed in which they acted. The combination of full-throttle Fiscal and Monetary stimulus is the best known remedy to allow the country to prop up deteriorating fundamentals until the crisis has passed. We are optimistic that these actions will help bridge the gap and provide the necessary liquidity for not only critical industries like the hospitals, airlines, and hospitality but also to the person on the street that has been ordered by the government to effectively cease or curtail employment while we “social distance” ourselves from the virus. And we would expect to see additional Fiscal and Monetary action in the next few months as needed.

SFM clients should be encouraged that your portfolio positioning going into the downturn reflected our strategy of investing in industry-leading, well-funded companies with little or no debt, and strong competitive advantages that helped them outperform the broader market in the Coronavirus sell-off. Specifically, three of our major areas of emphasis: Technology, Healthcare, and Consumer Staples all outperformed the S&P 500 in the quarter.

There were very few stocks in the overall market that earned positive returns during the first quarter. Some stocks that are widely owned by SFM clients that did rise in value include Amazon and Tencent. Many people are shopping and using Amazon services more than ever and Tencent is the dominant Chinese social media/internet firm that also benefits from being the largest video game company in the world, an area that has exploded in usage. Both of these companies, and many of the following stocks mentioned, are cash-rich and well-positioned to benefit from the current situation as people shop and entertain themselves online. Microsoft stock was exactly flat during the quarter as their integration into the workplace whether at the office or working-from-home has been rendered indispensable. Some other outperforming technology companies included Alibaba, the Chinese e-commerce and cloud leader, and Salesforce.com and Adobe, two leading software firms with most sales coming from steady subscription revenues on must-have tools.

Across our entire firm-wide holdings, our largest 21 common stock positions at the end of March all outperformed the Dow Jones Industrial Average return in the first quarter, something that is quite rare. Other than Microsoft, a few other large stock holdings ended the quarter even with where they started including the large Florida electric utility and a leading solar/wind company NextEra Energy, and the world’s leading food and beverage firm Nestle, that is working hard at keeping grocery store shelves stocked. Some other consumer staple stocks also helped cushion the quarterly results with Costco Wholesale, Colgate-Palmolive and Pepsi declining by significantly less than the market. Within healthcare, Abbott Laboratories and Danaher outperformed with small losses as markets recognized that defeating the virus will require a medical solution, which includes not only a cure but also more rapid testing which these companies provide. We continue to believe in the healthcare sector and feel that your holdings represent companies that benefit from demographic and technological trends during and beyond the crisis.

Many of the actively managed stock funds in SFM client accounts also helped the relative performance in the quarter. Our investment strategy has a large weighting in funds that invest in faster growing companies, specifically in the technology and healthcare industries, which has helped returns over the last few years and certainly helped in the first quarter. For example, the Morgan Stanley Institutional Growth Fund had the strongest return of any stock fund in Morningstar’s entire ratings universe with a 2020 first-quarter return of -3.8%, outperforming the large company index by +15.8%.  Other stock funds that strongly outperformed their benchmarks in the quarter included the AllianzGI Technology Fund, which returned -8.0% in the first quarter, the T. Rowe Price Capital Appreciation Fund returned -11.9%, and the Artisan Global Opportunities Fund, which earned a large absolute loss of -13% that beat its global stock benchmark by +8.4% in the quarter. Meanwhile, despite emerging country stocks being considered riskier than developed country stocks, our client’s exposure to the Artisan Developing World Fund helped relative returns as it returned -8.1%, outperforming the emerging market stock index by +15.5% in the quarter.

During significant market sell-offs, it does not feel comforting that industries or individual companies went down less than the market. However, over longer time horizons this positive relative performance becomes invaluable to your success as an investor. We have taken actions like reducing the bond risk, created tax-loss assets without negatively impacting performance, and reallocated to improve the quality of your equity portfolios. Equity markets will look out over the valley and respond positively once there is clear evidence that economic conditions will support a return towards pre-crisis conditions. We have and will continue to communicate our thoughts as we feel appropriate, but are also readily available to address your questions and concerns.

Disclosure: SFM clients and employees own securities mentioned in the article above. This article references an opinion and is for information purposes only. It is not intended to be investment advice.