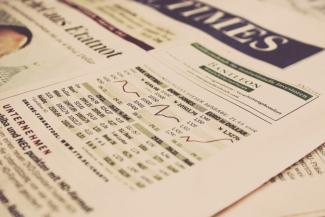 After the stunning lack of volatility in 2017, which will go down as one of the least volatile years in history, 2018 may turn out to be a much more “normal” year.  Though we cannot say that this volatility was missed by all, it certainly is normal and healthy for markets to experience a correction similar to what the stock market has been through in the last 2 weeks, which was frankly long overdue.  Keep in mind, what we mean by a “normal” year is that, on average, the stock market declines by over -2% in a single day at least 5 times in the average year…and by -10% or more at least once per year.  In fact, from 1980 to 2017, the S&P 500 experienced an average drop of -14.1% at some point during the year...despite positive returns in 76% of those years (28 out of 37).  Drops like this can serve as a reminder to investors that stocks don’t only move in one direction, in fact they tend to take the escalator up and the elevator down!

The following table displays the number of large stock market declines that we’ve had in past bull market periods, which shows how “normal” these pullbacks really are:

We are now officially in a correction.  As of the close of trading on Thursday 2/8/18, the S&P 500 Index has fallen by -10.2% and the Dow has fallen by 2,756 points or -10.4% from the recent all-time highs reached on Friday January 26st.  Note that this selloff comes directly after the strongest January performance for the stock market in over 20 years.  This is why it’s important to realize that despite this sharp correction, the market is now only slightly lower in 2018 so far, with the Dow and S&P 500 Index each falling by only -3.5% year-to-date.

The original catalyst of this recent stock market decline is thought to be rising interest rates, which have risen in response to strong U.S. job growth and increased inflation concerns due to the stronger U.S. economy.  The initial reaction to rising interest rates caused an increase in volatility, which spiked from multi-year lows to multi-year highs in an exceptionally short time period.  This led to an implosion of some risky investment products designed to bet against volatility (an area that we’ve never invested in at SFM as we avoid all products like this due to the outsized risk level), which helped fuel the sudden stock market sell-off.

It is our view that the U.S. stock market had risen too far too fast and this correction from overbought conditions is simply bringing stock prices and valuations more in-line with long-term trends.  We feel that this is a typical bull market correction and we view the decline as a buying opportunity.  The primary drivers of the economic and stock market strength remain intact.

At SFM, we will continue to monitor developments in the market and make appropriate adjustments to our client’s portfolios as necessary.  Let us know if you have any comments or concerns.