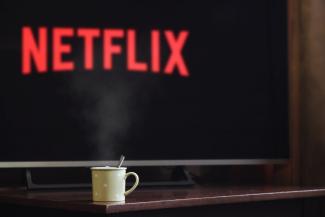 The Dow closed the month of September at 26,916 for a monthly gain of 513 points or 1.9%.  The major news in the investment markets last month involved manufacturing output.  Based on a statistic called the ISM, manufacturing is now contracting in the United States.  Many analysts attribute the contraction to the ongoing trade war and the disruption it creates in supply chains and end markets for U.S. manufactured goods.  Also in the news last month was the Federal Reserve setting a course to gradually lower interest rates.

•    Corporate treasurers are taking advantage of the welcoming corporate debt markets and very low-interest rates to reshape their liabilities.  Apple, John Deere, and Walt Disney all issued 30-year bonds with interest rates below 3%.  REITs (real estate companies) are also lining up to retire existing debt early and replace it with new low-cost funds.  Blackstone ( a company we invest in) sold $900 million in bonds at a 2.5% rate for 10-year bonds.  In 2010, they issued the same bonds and had to pay 5.875%.  The new bonds are less than half the cost of the prior issue.

•    The European Central Bank cut its key interest rate to -0.5% and stated they will start buying $22 billion of Eurozone debt every month.  With a growth rate of less than 1%, this is a very aggressive stimulus package.  Savers will have to pay to keep their money in a bank and the ECB will be pumping $22 billion a month into the economy.  When the ECB buys in debt, the original investor is given cash that he now needs to reinvest in something.  The hope is that the investor will invest the money in a way that stimulates the growth of the economy.

•    Old Navy is going to be spun off from the GAP and become an independent company.  The new independent retailer plans to open 800 new stores across the country and enter some smaller underserved markets.  Opening new stores is rare in the retail world as the typical retailer is shrinking and closing stores due to the boom in online purchasing.  Old Navy has been successful in recent years by combining low price points with catchy advertising campaigns.

•    Many new avenues are opening up in the world of television and streaming content.  Apple, Warner Media and Walt Disney are all large new entrants into the field of providing programming to you.  Comcast, Netflix, Prime, and the traditional networks are all preparing for a new competitive environment.  The traditional monthly cable bill will be under attack by a variety of cheaper options and more focused content.

•    The average total cost of employer health coverage for a family plan hit $20,000 per year.  Annual premiums have been rising at 5% – 6% for many years.  The average employer covers 71% of the cost, so a typical employee with a family plan is now paying approximately $5,800 per year before you account for co-pays and prescriptions, etc.

The leaves are slowly turning in New England and the beauty of Fall is here.  Enjoy!