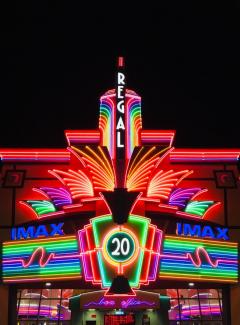 The Dow closed the month of October at 26,501 for a drop of -1,281 points or -4.6%.  This significant drop in the market followed a -2% drop in September.  As expected, volatility and downward pressure are preceding the big uncertainty of the election and what it means for policy, the virus, stimulus and taxes.  Regardless of the outcome, the markets prefer removing the uncertainty and knowing the balance of power and what it holds for the future. Continuing stalled talks on the latest stimulus package are hurting the markets as disposable income is declining for the people on unemployment.

•         Food company CEO’s think the switch to eating and cooking at home will stick after the pandemic is over.  Campbell soup sold out during the initial months as consumers stocked their shelves in fear of a food shortage.  Lately, they are seeing a trend towards families eating breakfast together and sales of the snack food “goldfish” have risen sharply.

•         Google is starting to pay for news content on a new service named “Google News Showcase”.  They have committed $1 billion over the next few years to pay creators and publishers of news.  Google will provide previews of news articles and if you are interested, it will direct you to the host news site to read the complete article.  Google’s stated goal is to create a more informed world.

•         Cineworlds Regal theaters are shutting down their 500 theaters nationwide.  They are the second largest theater chain and have been crushed by the pandemic.  In addition to few customers, the major film studios are postponing the release of many potential hit movies till next year further hurting viewership.

•         Southwest is going on offense and moving into O’Hare in Chicago and Houston’s George Bush Airport.  They are attempting to build market share while their rivals are hurting under the pressure of reduced travel.  Some of the larger international carriers have drastically cut schedules and Southwest feels there is a market opportunity to take advantage of.

•         Eviction bans are set to expire in January 2021.  Researchers estimate 13 million renters are behind on their rent an average of $5,400.  For homeowners, mortgage forbearance is also scheduled to end meaning people that are unemployed will need to start making monthly mortgage payments soon.

•         Dunkin Brands is going private to a private equity firm named Inspire.  The deal is expected to happen quickly and should not affect the day to day operations of the Dunkin outlets we all know and love.  Inspire also owns Arby’s and Buffalo Wild Wings.