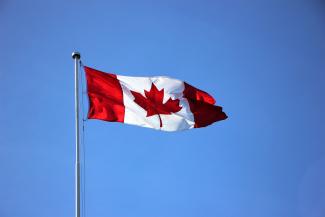 The Dow closed the month of June at 30,775 for a loss of -2,215 points or -6.7%.  It was an ugly month for almost all investments besides cash. The other indices like the S&P, NASDAQ and EAFE lost even more than the Dow.  The Fed raised interest rates by ¾% this month and home mortgage rates hovered around 5.8%.  Oil prices traded in the $100 to $120 per barrel range and after a peak in mid-June they are now trending lower.  Gas prices usually follow crude prices and they are headed lower as the high prices force many consumers to use less gas.  Crypto investors are in a world of hurt and will soon be graduating from the School of Hard Knocks(aka SHK).  We are now half way through the year and it has been a tough six months.  Historically, a terrible first half of the year has been followed by a better second half (like 1970).  Time will tell.

•               The Bank of Canada raised its policy interest rate by ½% as our neighbors to the north also struggle with inflation. In the U.S., our inflation rate has been in the 8% range.  In Canada, inflation has been hovering in the 6% range.

•               Tesla is planning a 3 for 1 stock split later this summer.  The stock, which has been trading around $700/share will drop to approximately $233/share and each shareholder will get two new shares for every one share they own.  For example, if you owned 10 shares of Tesla today, after the split you would own 30 shares of Tesla.  The idea is to open the stock to more investors by lowering the price so small investors can buy at least one share if they want to own the stock.

•               NextEra Energy, a large electric utility, is attempting to be carbon free by 2045.  What is unique about this goal is that the company will not use carbon credits or carbon capture to reach this goal.  They intend to build massive solar farms and convert their gas turbines to run on hydrogen fuel.  The company plans on investing $95 billion over the next five years on this mission.

•               High prices are not a boon to your local gas station owner.  When prices fluctuate, they get caught with rapidly changing gross margins.  Typically, they gross about 25 cents a gallon. But when prices are high, their customers are irritable and spend less on coffee and snacks.  The real profit makers right now are the refiners, the companies that turn oil into gasoline.

•               Kellogg is breaking itself up into three different companies.  One will sell cereal with its popular Frosted Flakes and Fruit Loops.  The second company will sell snacks such as Pringles and Cheez-its.  The last company will focus on plant based foods under its MorningStar Farms brand.  The executives think the company will do better competing with a narrow product focus.

•               Consumer sentiment, a gauge that measures consumer pessimism and optimism, reached an all-time low in June.  Typically the gauge reads in the 80’s but in June the survey came in at 50.  Inflation and pessimism about future business conditions were the two main drivers of the low reading.