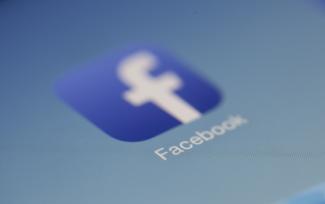 The Dow closed the month of February at 25,916 with another large monthly gain of 917 points or 3.7%.  The first two months of 2019 have reversed the drop we endured during the month of December.  The market drove higher in a consistent rally without the big dips that were present in the fourth quarter of 2018.  On trade issues, there is now light at the end of the trade war tunnel and the market is starting to factor in a successful resolution.  A good trade deal with China would be big positive for the U.S. economy and hopefully, protect our intellectual property long into the future.

•    Germany is fencing off Facebook’s ability to follow you around the internet and collect data about what sites you visit, what you click on, etc.  German citizens that use Facebook would still be allowed to use the Facebook site but turn off the ability of Facebook to collect their data.

•    Hasbro and Mattel (the large toy manufacturers) reported sales declines of -13% and -5% respectively over the holidays due to the closing of Toys R Us last year.  Although other retailers broadened their toy offerings, it was not enough to offset the loss of the major toy center.  Children all across the country see this as a troubling trend.

•    New Yorkers are Florida’s new home buyers.  The new tax law that limits state and local tax deductions to $10,000 per year are encouraging residents of high tax states to pick up and leave.  In New York, it is now possible to have a combined federal and state tax rate in excess of 50%.

•    Softbank is investing $1 billion in Nuro, Inc., a Silicon Valley tech company that is building driverless delivery vehicles.  These vehicles would be about half the size of a typical car and consist of a chassis with delivery bins above.  The electric vehicle would come to your home and bring you the items you purchased online.

•    Airbus is terminating the jumbo A380 jet after 12 years of lackluster sales.  Airbus thought the superjumbo would catch on with the major carriers but carriers prefer smaller, long-distance aircraft that are fuel efficient.  It is reported that Airbus never made a profit on these huge jets.

•    Apple and Goldman Sachs are introducing a new credit card that works with your iPhone to track your spending and help you manage your finances.  Apple is looking to increase its service revenues and managing iPhone users’ finances is a good avenue for them.