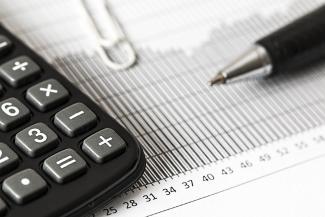 The summer of 2021 turned out to be a bumpier ride than the previous few quarters. Large company US stocks (represented by the S&P 500 index) notched a gain of +0.6% in the third quarter, while small company US stocks declined by -4.4%. In the US, growth companies continued to outperform value companies with the iShares S&P 500 Growth ETF (IVW) up +1.8%, while the iShares S&P 500 Value ETF (IVE) declined by -0.9% during the third quarter. In addition, large company foreign stocks trailed the US with the MSCI Developed Market Index returning -0.4%. Meanwhile, the MSCI Emerging Markets Index trailed the rest of the world with a return of -8.8% in the quarter due to the decline in the Chinese stock market (discussed in more detail below).

Near the end of the third quarter, interest rates on bonds started to climb once again back to levels we saw in early 2021. The annual yield on the ten-year U.S. Treasury Bond was 1.74% back in March 2021, it ended the previous quarter in June 2021 at 1.45%, and had fallen to as low as 1.15% before rebounding in September to end the third quarter with a yield of 1.54%. In response to the higher yields, the Bloomberg Barclays Aggregate Bond Index only gained a modest +0.1% during the quarter.

Overall, July and August were good months for the global stock markets (with the exception of China), but some concerns arose that caused a stock market decline during the month of September (that has continued into the start of October). As always, there is never one single reason that you can point to that caused the recent weakness, however, we feel it was due to a combination of the following six reasons:

We feel that all of these are issues that the economy and the stock market can and will surpass, and so sell-offs like this are normal and healthy.

As mentioned above, volatility in the 3rd quarter was driven heavily by China. The Chinese government has been instituting new laws and regulations in certain industries that they feel are crucial to the long-term goals of the communist government, with an aim towards greater income equality or “common prosperity”. This includes recent regulations that have involved private tutoring and education, video game usage among children under 18, cryptocurrency, delivery services, and some monopoly-like practices by dominant Chinese technology companies. The extent of these new laws and regulations have surprised many investors and have led to speculation of more government involvement in the future. In addition to this, concerns about the Chinese property market and bond market have negatively affected stocks. The largest real estate developer and the largest issuer of “junk-quality” debt in China, Evergrande Group, announced that it may default on its $300 billion in debt. This along with the reluctance of the Chinese government to bailout this firm has caused concerns over additional company defaults. Chinese President Xi Jinping has been attempting to curb the hot real estate market and the usage of debt to fund unsustainable growth.

As this China news has been developing throughout 2021 it has come to the forefront this summer during the second and third quarters. Due to the regulations that we mentioned in the previous paragraph, Chinese stocks have lagged behind. As a result, the emerging market stock funds that have a portion of their portfolio invested in China, the Artisan Developing World Fund and the Morgan Stanley Developing Opportunities Fund returned -9.3% and -14.3%, respectively. Alibaba, the “Chinese Amazon” declined by -34.7% in the quarter and Chinese internet company Tencent declined by -24.9%. Due to the increased risk, SFM sold ⅓ of our clients' position in these companies, which have been strong performing investments over the last few years. The proceeds were reinvested in the stock of the Canadian software company Constellation Software, which gained +0.9% since being purchased, and specializes in a number of unique industry-specific software solutions that have little competition and provide software their customers can’t operate without.

On a positive note, emerging market stock Sea Limited +17.6% strongly outperformed the market in the third quarter as the company is growing extremely fast by providing e-commerce, payments, and entertainment solutions throughout Southeast Asia. In addition, the healthcare, banking, and technology stock sectors in the US all performed strongly in the third quarter. Some of the top performers in the healthcare space included Danaher +13.4%, Thermo Fisher Scientific +13.3%, Stryker +1.5%, and Becton Dickinson +1.4%. In the banking industry, we saw strong returns from JP Morgan Chase +5.8%. Lastly, ServiceNow +13.2%, Salesforce.com +11.0%, Alphabet (Google) +9.5%, Microsoft +4.3%, and Apple +3.5% are all technology stocks that continued to earn strong returns for our clients. The outperformance of these stocks is due to these companies earning better than expected sales and profits despite the COVID environment.

In the alternative investment category of your portfolio, the Blackstone Secured Lending Fund gained +3.2% and the Cliffwater Corporate Lending Fund appreciated by +2.3% as these investments earn high rates of income by lending money to private companies (see the Quarterly Chart on the following page for more info). In addition, the private real estate investments Blackstone Real Estate Income Fund +7.7%, Griffin Access Real Estate Fund +4.6%, and Versus Capital Real Estate Fund +4.0% all had strong quarters due to the tailwind of low interest rates and higher inflation. These returns also strongly outperformed the publicly-traded real estate index, which returned +0.6%, exactly matching the overall large company stock market return. This private outperformance emphasizes why we like these investments and others in the alternative category, because they tend to ignore the movement in the stock and bond markets, while their publicly-traded counterparts are subject to more wild swings in value due to the fact that they are publicly-traded.

We thank you for putting your trust in us and always we welcome your feedback.