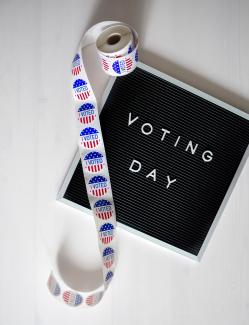 The phrase “may you live in interesting times” is believed to be an ancient Chinese curse that was placed upon an enemy. Behind the logic is that people prefer to live in times of peace and tranquility rather than times of war and mass suffering, “Interesting Times”. The year 2020 will most certainly rank highly in the category of living in interesting times. Stock markets in the US started the year on a strong footing, only to experience the fastest 30% market decline in history, with the S&P 500 doing so in only 22 trading days. Runner’s up two through four in the decline category all occurred during the “Great Depression”, while the fifth fastest happened in the summer of 1987. Not to be outdone, this was followed up by the fastest recovery in stock market history, with US stocks hitting new all-time highs in only 121 days, shattering the next closest recovery of 300 days which occurred in 1966/67.

If the Pandemic, market volatility and economic uncertainty was not enough, the recent death of Supreme Court Justice Ruth Bader Ginsburg (RBG) has thrown what was already a politically divided nation into a dysfunctional circus. RBG will forever be remembered as a fierce champion of equality, a trailblazer for women’s rights and certainly will represent a role model for future generations. The process for the replacement of Justice Ginsburg has been amplified by political acrimony, and will be front and center leading up to the 2020 Presidential election.

The election has been further clouded by recent news that President Trump had tested positive for Covid-19. This will substantially alter the last month of both campaigns, with no historical precedent available for comparison. The closest parallel is Woodrow Wilson, who did contract the “Spanish Flu” in a non-election year (1919), recovered and served out his second term.

Recent comments by The Federal Reserve Chairman Jerome Powell suggest that interest rates will remain extremely low for at least several years, which has resulted in an increase in what people are willing to pay for stocks when observing miniscule yields on other alternatives like bonds and cash. Despite all of the uncertainty, and a September decline, equity markets performed above average with the S&P 500 large company index improving by 8.9% during the third quarter, while the Russell 2000 small company index gained +4.9%. Foreign stock indexes also appreciated by similar amounts during the quarter, however the U.S. bond index increased by only +0.6% as rates declined slightly, providing overall third quarter portfolio blended results that were well above average.

Progress on an effective vaccine has given us optimism, despite a wide range in opinions with respect to the timing and efficacy of a national roll-out. Second quarter (April to June) Gross Domestic Product (GDP) declined by -31.7% as most parts of the economy scaled back and in many cases shut-down. A third quarter bounce back is certain with estimates ranging from 25-35% among Wall Street economists. Both the decline and anticipated improvement reflect record numbers for changes in US economic activity. A return to a pre-Covid level for the economy is most likely 1-2 years away, but directionally we have seen modest improvements in both economic output and lower levels of unemployment since the second quarter.

Due to this recovery in economic expectations, stock prices responded accordingly with the large dominant technology companies continuing to lead the way during the third quarter. The Chinese e-commerce leader Alibaba was up over +36% in the quarter (for more on e-commerce see the chart on the next page), followed by U.S. tech companies Salesforce up +34%, Apple rose by +27%, ServiceNow gained +20%, while Facebook and Amazon also led with returns of +15% and +14%, respectively. In addition, healthcare stocks performed strongly during the quarter, especially the stocks that SFM clients own including Thermo Fisher Scientific, Danaher, Stryker and Medtronic, which all posted low-teens to over 20% returns during the third quarter. Meanwhile, energy companies and financial service firms continued to lag the overall market in the quarter, but SFM clients benefited from having little to no direct exposure in these areas.

Very strong performance was also generated by some diversified U.S. stock funds during the third quarter such as the Morgan Stanley Inst. Growth Fund gained over +21%, the Allianz Technology Fund returned +14%, and the iShares U.S. Medical Devices ETF rose by +13%. Not to be left out, many foreign stock funds that are owned by SFM clients also earned strong returns including the Artisan Developing World Fund +19%, the Artisan Global Opportunities Fund +14%, the Grandeur Peak Int’l Stalwarts Fund +13% and the Artisan Int’l Small-Mid Cap Fund +13%. As for alternative investments, some returns of note include the continued appreciation of your investment in gold up +5.8% in the quarter, the consistent rebound in both the Blackstone Real Estate Income Fund up +5.1% in the quarter (and now -0.2% YTD) and the Blackstone/GSO Secured Lending Fund up +10.9% in the quarter (and now -1.1% YTD).

History has shown that predicting the direction of the stock market based on the party in the White House is an extremely difficult, if not impossible endeavor. What seems to please the markets more than anything is when the lawmakers are gridlocked, or unable to pass legislation that has a significant impact on the overall economy due to dual party control. A stalled legislature tends to favor creative entrepreneurship that has made the US a unique magnet for next generation ideas and global capital. Our task as stewards of your assets is to find the best investments given our view of what the future will look like over the long-term, regardless of who controls the political process.

We hope that you and your families are getting through this difficult period without major problems, and would like to hear from you if there is anything we can do to help in any way. As always, we are thankful for the faith you put in us to manage your portfolios, while creating a roadmap to your financial success.