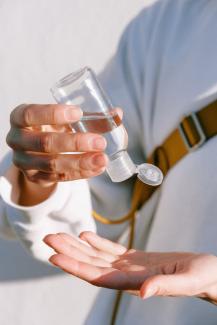 We are living through one of the most dramatic time periods in history. The coronavirus and social distancing policies have had major impacts on business and life in general.

As I’m sure you are all aware, over the past few weeks we have experienced a collapse in global stock markets and a severe disruption to much of the bond market. This is due not only to the coronavirus pandemic but also to the historic oil price collapse in the last 2 weeks leading to what Warren Buffet has described as a “one-two punch”. To summarize, in a very unexpected move Saudi Arabia (leader of the OPEC oil cartel) in a period of declining global demand for oil due to COVID-19 decided to flood the market with even more oil, causing oil prices to fall by over -60% in a very short period of time. In other words, we have now seen not one but TWO shockwaves to the financial system in immediate succession, which is an extremely rare occurrence. The upside is gasoline prices will drop substantially during the next few weeks.

It won’t be official for a while, but it is now clear that our economy is entering a recession. Similarly, we won’t have the numbers yet, but we expect to see major increases in unemployment and a sharp drop in the U.S. and global GDP. The U.S. government is working on a series of massive stimulus programs (as are other governments around the world), and while this will alleviate some of the damage, it won’t stop a recession.

Despite not knowing when it would happen, most of us knew that we would go through a recessionary period like this eventually. Unfortunately, recessions are a matter of when not if. And as most of you are aware by now, the stock market takes the stairs on the way up and jumps out the window on the way down. This has not been a graceful decline. However, I would just like to remind everyone that we planned for this when designing your investment portfolio and your financial plan, knowing that there would be bumps along the way.

Of course, there are no guarantees when it comes to the markets. A market rebound can take days, weeks, or even months. The new coronavirus has dealt a significant blow to the global economy. Nonetheless, investing through corrections has been shown to be the best formula for long-term returns and staying on track to reach your long-term financial goals.

Warren Buffet is famous for saying “be fearful when people are greedy, and greedy when people are fearful”. The problem is that it goes against every instinct we have as humans. As people hoard items like toilet paper and hand sanitizer in mass, we decide to join the majority and do so ourselves regardless of our individual needs, feeding the cycle of fear. Right now, the collective investment community is selling everything at any price, in a classic fear that our society and economy will be forever damaged. While this seems to be a short-term “preservation of capital”, it actually could have extreme long-term wealth destruction as the capital will not participate in any subsequent recovery.

The famous investor Bill Miller (formerly with Legg Mason) called this the 5th “great buying opportunity of his lifetime”. The first four were: [1] 1973/1974 (Oil Embargo/Nixon resignation) [2] 1982 (recession caused by high inflation), [3] 1987 (October 19 crash), and [4] 2008/2009 (great recession). While working through each of these previous sell-offs, the fear and negative news also felt absolutely horrible.

One of the steps we have taken in your taxable portfolios is what is “tax-loss harvesting”. We are selling some investments, turning unrealized losses into realized losses, which will save you money in taxes in the future. Simultaneously, a buy trade is placed in a different but similar investment. These losses can be used to offset gains in the future and can be carried forward annually until all of the losses are used up.

Another notable action we have taken on your behalf is selling lower-quality bond positions. High-yield and similar bonds and loans pay us favorable interest rates, but the risk of bankruptcy outweighs the potential return when considering the current economic environment. This move has already worked out. Proceeds from the sales are being held in cash for now.

On the bright side, for the first time in a very long time, the entire world is focused and aligned together on one problem. A common enemy! We have read about the unheard-of amount of sharing going between researchers (no matter what country or organization) with information on what is working and what is not working. I’ve also been reading about treatments and medications that have a lot of potential. It’s important to keep in mind that there is a huge amount of work being done in this area all around the world, and the advancement in medical technology and research has improved substantially, especially since other outbreak/pandemics in the last century.

We understand the individual fears and challenges faced by many people relating to this virulent virus and recognize the giant impact it has had on the health and psyche of society. We hope that the government does not forget to focus on the small business owners, their employees, and the newly created participants in the “gig economy”. If there is one truism to the crisis it is that we truly are all in it together. Best wishes to all of you and your family members. Please don’t hesitate to reach out if there is anything we can do to help you through this crisis.

IMPORTANT UPDATE:  The IRS changed the deadline for income tax filing and payment of taxes from April 15 to July 15 today.  You do not need to pay your income tax next month and you do not need to rush to get them done while everyone is trying to maintain social distancing.  I expect the states to also postpone the due dates for state income tax returns but it has not been done yet.  Watch the news for updates on this.